During the scramble for Africa by European imperialists, Germany had Cameroon and Togoland as colonies. England had Gambia, Sierra Leone, Ghana and Nigeria whiles Benin, Ivory Coast, Guinea, Mali, Niger and Burkina Faso were allocated to France.

Germany attacked its colony (Yugoslavia) and this act provoked France and England who mobilized and joined forces in the defence of Yugoslavia. Italy also sent troops to support the Germans but was defeated.

United Nations seized the two territories which belongs to the Germans and allocated them to France and England. The Eastern part was given to France whiles the Western went to England. The western Togoland was annexed to Ghana and the eastern part became a French territory. Thus Ghana and Western Togoland as one territory since Ghana was also a colony of England. The western part was the Trans Volta Trust Territory which comprises of 23 ethnic groups. Trans Volta Trust Territory can be traced to modern towns in the eastern corridor comprising Ho, Kpeve, Have, Agate, Golokuati, Vakpo, Anfoega, Kpando, Jasikan, Hohoe, Kekjebi, Nkwanta, Kete Krachie, Kpandine, Yendi Naleregu and Kulungugu.

In 1956, United Nations sent a delegation to Ghana to inform and discuss with the people of the Trans Volta Trust Territory about impeding independence of Ghana in 1957 which will end British rule and also liberate Ghana as the colony of England.

During the discussion, the UN delegation indicated that a referendum (plebiscite) will be conducted to ascertain whether the people of Trans Volta Trust Territory will remain as part Ghana after the independence or will opt for a Western or British Togoland. During the referendum, people who are in favour to remain as part of Ghana will tick YES on the referendum paper and NO for people who favoured separation from Ghana.

NB: In the Ewe areas, S.G. Antoh campaigned against the unification with Ghana. Hence the people voted massively NO during the referendum. The referendum result was 58% YES and 42% NO. The referendum took place on 9th May, 1956.

During the referendum, the two Anlo MPs, Mr. K.A Gbedema and Philip Gbeho embarked on vigorously to campaign to convince the chiefs and their subjects to vote Yes in order to benefit from natural resources from Ghana; like Cocoa, Gold, Coffee, Education and other resources such as the Akosombo dam, Factories etc but the ewes were determined to secede . Hence, they voted massively for the No vote during the referendum. S.G. Antoh and his party questioned the referendum results. They agitated and were very aggressive for the secession. Dr. Kwame Nkrumah, then president of Ghana expelled 5000 Ewes to the Togoland.

There was no condition for the people of Trans Volta Trust Territory apart from voting YES in the referendum to be part of Ghana or NO to secede to form British Togoland and Western Togoland.

After the independence, the ewes still agitated to secede from Ghana. The Preventive Detention Act was passed to deal with the agitators; with the exception of Twi speaking people. Thus Akyems, Akwamus, Akuapems, Kwahus, Asantes and Bonos; most of the agitators were sent to the Nsawam Prisons.

After, Dr. Kwame Nkrumah was overthrown on 24th February, 1966, the group submitted to the authority of National Liberation Council since some of its leaders were Anglos.

During the tenure of office of Prof. Abrefa Busia as the head of government, only the Nawuri and Nchumuro from Gonja State supported the agitations. When they regrouped to pursue their agenda, Prof. Busia had been overthrown by General Acheampong.

General Acheampong tried to use diplomacy through dialogues but failed. Hence he formed operation check point to break the front of the agitators. He involved Information Service Department who sent mobile cinema vans to convince the Ewes not break from Ghana since there was peace in Ghana. He engaged the chiefs and Pressmen on the subject matter. Radios were distributed in some parts of country for free.

When General Akuffo assumed office as the Head of State, the agitators had formed Togoland Liberation Movement (TOLIMO) to bring the people together to secede but their leaders Atta Karikari and Indavidor were arrested and the rest disappeared.

In 1985, another group from Togo, under the leadership of Dr. Kofi Kodzi, invaded Ghana but he was arrested by J.J. Rawlings, then Head of State.

In 2007, during the tenure of President John A. Kufuor, the MP of Hohoe, Hon. Kwasi Kedem started the agitation through democratic approach. He wrote a letter to the ‘United Nations and the Queen of England,’ copied to President Kufuor but there was no official response.

In 2005, he authored a book titled ‘British Togoland: an orphan for the death of a Nation’. He published another book in 2007 titled: How Britain Subverted and Betrayed British Togoland. He wanted to unite all the Ewes in Ghana to create the Western Togoland since there have not been any developments in the Ewe land. Interestingly, change in political power has never favoured them.

Under President Atta Mills, Hon. Kwasi Kedem printed a proposal ‘The 2010 Constitutional Review Commission and the ratification of the Ghana British Togoland Union.

All the 23 ethnic groups supported S.G. Antoh to secede to form British Togoland but the referendum plebiscites. They all accepted the annexation with Ghana with an exception of Nawuri and Nchumuru who supported the Ewes.

The Ewes Congress Party was part of the United Party but they voted for the National Alliance of Liberals. The progress Party won two seats at Kete Krachie and Nkwanta. The Slogan for S.G. Antoh’s was Ablodey and the response was GBAGAA

Under President John Mahama, they were calm but reappeared in 2017.

A couple of months ago, It was reported that police had arrested some Ewes who had regrouped and wanted to secede. It must not be a criminal prosecution but dialogue must be used to resolve the issues as General Acheampong did in 1975.

Nana Addo must involve the people of Anlo, Tongu, men of God in the Volta Region and some chiefs and politicians. They should be given opportunity to express themselves why they want to secede.

Martin Kereku of Benin tried to unite all the Ewes in Ghana, Togo and Benin but it did not materialized.

Now the Trans Volta Trust Territory is within four regions; the Ewes with Volta Region, the Guans and the Gonjas in the Oti Region, the Dagombas in the Savannah Region and the Mamprusi in the Northern East Region. The Volta Region has the Anlos, Tongu and Dodome.

Before the independence, the Northern Territory and the Twi Speaking people, thus Akwamu, Akwuapem, Akyems, Kwahus and Brong Ahafo demanded federal type of government but Queen Elizabeth of England, then head of State, advised them to rescind their decision since Ghana was a small country.

At the same time, S.G Antoh and three MPs of Togoland Congress Party wanted the Trust Territory to secede but failed.

Majority of the people have resolved to join Ghana after the referendum and with the 58% votes, was a clear indication that the people of Anlo State do not support the agitators. 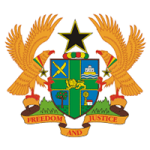 I’m Mr.Gipson, a young and vibrant man in the following areas;
Business
Teaching
Writing and publication of articles.
Passionate about what I do.
Contact me on the following numbers for your publications;
WhatsApp = +233240780711
Calls only = +233595905480

JUST IN: Important Announcement For All Ghanaians Living In Accra.

Ohh My God!!:Tragic As Ghanaian Student Dies One Month After Gaining Scholarship In U.S.A.

You may have missed